…believe anyone who tells you, “You can’t”! 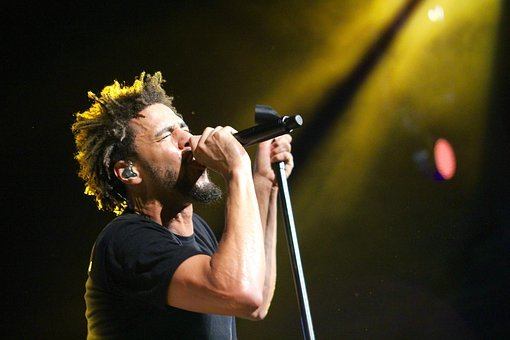 Each year (when I remember!) I record the Eurovision Song contest. That’s so I can whip through the recording, looking for the gem (that let’s face it, has no place in this contest) while avoiding the usual rubbish I don’t want to listen to!

Often Israel comes up trumps, with a little sophisticated jazz number, but which’ll never get anywhere in a contest like this. A few years ago it was Germany’s Roger Cicero. Again, not a hope in hell of winning the contest, but a fab piece of music, which alerted me to a great new artist I didn’t know of before.

I was tickled that Australia had an entry in the contest. For years, our Eurovision Song contest has been extremely popular in Australia, attracting a growing cult following, voting in parallel to the real thing, for their favourite Eurovision songs. I thought it was a lovely gesture, and indicative of our not taking ourselves too seriously, inviting them to participate for real, albeit as a one-off event.

They came reasonably close to winning too! Good for them! And good for us for including them!

What took my eye this year, was the Polish entry by Monika Kuszyńska, simply because she was singing from a wheelchair. It’s not something you see every day. Sure enough, it turns out she has an inspiring story to tell, about turning tragedy into success.

Apparently, already a member of a very successful Polish group, a tragic car accident in 2006 left her paralysed.

For many people this would be the end of a promising career, but not for her. And here she was now, representing her country in the Eurovision Song contest.

For me, that’s very inspiring, and a reminder to not let anything nor anybody put me off my goals and dreams. Listen to what she has to say about it.

Now would be a good time to remind you of Nick Vujicic. Yes, I know I’ve talked about him before, but now married and a father of two, he’s the best example I can think of, of someone not stopped by massive disability and disadvantage.

And, come to think of it, our own Professor Stephen Hawking doesn’t seem to have wasted much time bemoaning his lot either!

He was ‘supposed’ to have died decades ago. But not on your nelly! Outliving his prognosis, by some 50 years already, is only one of the many massive personal and professional achievements we know him for.

“Here’s to the crazy ones. The misfits. The rebels. The troublemakers. The round pegs in the square holes. The ones who see things differently. They change things. They push the human race forward. While some may see them as the crazy ones, we see genius, because the people who are crazy enough to think they can change the world, are the ones who do.”

(Spot the nod to The Road Not Taken by Robert Frost. See below.)

So what are we going to make of our lot? Do you know somebody who has overcome difficulty to achieve what might appear impossible to the rest of us? Have you got a story to share? Go on! Tell us…

And, don’t you dare pretend that anybody or anything can stop you achieving what you really want in life, because in the words of Victor Meldrew…